What do George Washington, Martin Luther King. Jr, Mahatma Gandhi, and Jesus all have in common? They’re not just some of the most famous names known to the US and, in some cases, world-wide. Yes, all of these men were great and well-renowned for their achievements in life. And it’s because of these achievements, they are on the same list – people with whom holidays have been named after them and are celebrated on their birthday.

Prominent figures throughout history have had holidays named after them. George Washington’s Birthday is better known as President’s Day, celebrating the first President of the United States of America. Dr. Martin Luther King Jr. Day celebrating his life accomplishments to end racial segregation and work towards racial equality in the US. The most notable on this list – Jesus Christ. His life work is celebrated in more than 160 countries every Dec. 25.

These are all great men in history, who passionately worked towards creating a better world for mankind. Their holidays are all well known and celebrated, but did you know about International Day of Non-Violence? This day was named after Mahatma Gandhi, and thus why he is on this list. Gandhi worked tirelessly to promote peace and non-violence on this earth. And just in case he isn’t already immortalized enough through his acts and reputation, in 2007 the United Nations named October 2, Gandhi’s Birthday, the International Day of Non-Violence. 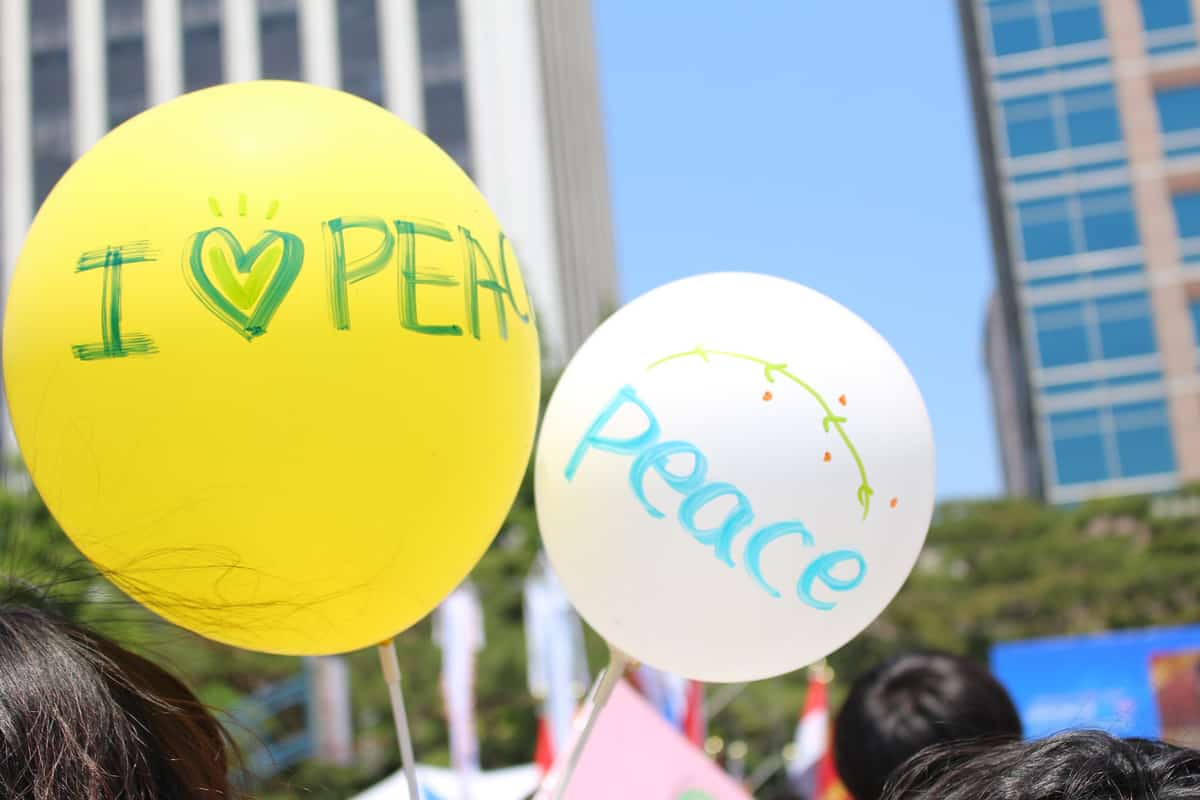 Gandhi took a country in political turmoil and saw that the way out was not through war and conflict, but peace and understanding. Instead of resorting to physical violence, he advocated non-violent methods including peaceful protest, persuasion, non-cooperation, and non-violent intervention such as marches and blockades.

Important to this steadfast belief that peace could be achieved through non-violent means was Gandhi’s belief in faith.

Non-violence involves a certain inherent amount of trust that the person(s) you are practicing non-violence towards will not react in a violent matter themselves. There is a faith you put in God to guide everyone on the right path, and a faith you put in your fellow man (or woman), not to stray from that path.

So, which path will you choose? If society were to honor you with a day to celebrate your life’s accomplishments, what would we celebrate? I like to think the kids in our schools would be celebrated and remembered for their steadfast commitment to peace, and independence through education.

Father Mugaga and the nuns who care for these children will forever be remembered by many for their non-violent work to combat the aftermath of war in a time of political unrest. They take children off the street who otherwise may have been subject to a lifetime of corruption from warlords or slavery through inadequate education, and provide them with a hand up to the prosperity of an independent life.

Kids are the future of Africa. Among them there is the next political leader who will bring peace to the country through governmental change. There is the next doctor who will save countless lives and limbs of innocent victims harmed by the violent acts of war. They are the next era of business leaders who will know what it’s like to live in poverty, and thus strive to treat their employees very well. Because they remember what it was like to worry about finding their next meal, or shelter from a storm, and they will do everything they can to ensure nobody else has to go through the trauma they did.

These changes may be small when you look at the challenges of an entire country. But over time, and student by student, change will happen. The staff and students at our schools practice the value of peace through non-violent means every day. And eventually that will make the world a better place. Who knows, maybe one day one of them will go on to make such a profound impact on the world that they get a national or international holiday named after them. Be a part of making the next historic happy birthday. Sponsor a child now at https://hope4hearts.org/donate/.